While legal marijuana states permit people to use clinical and/or recreational weed, federal law says a toker cannot purchase and own a gun. A violator faces serious criminal charges with a federal penalty of five-years jail time and a $10,000 fine.

Information about Marijuana and Guns

The federal government allows legal states to draft and implement their own marijuana laws. And federal laws are applied against people who own, nurture, or supply large amounts of marijuana.

The Federal Gun Control Act of 1968 and the Federal Omnibus Consolidated Appropriations Act of 1997 make it illegal for a person who fits into any of the following categories to ship, transport, receive or possess firearms or ammunition.

Form 4473 of the Federal Bureau of Alcohol, Tobacco, Firearms and Explosives (ATF) states that anyone attempting to buy a gun from a licensed seller must truthfully answer a series of Yes/No questions, including:

“11.e. Are you an unlawful user of, or addicted to, marijuana or any depressant, stimulant, narcotic drug, or any other controlled substance?”

A marijuana user could, in theory, answer “No” to question 11.e., but that respondent would be violating federal law by doing so and it is a crime punishable as a felony under Federal law, and may also violate State and/or local law.

People who purchase or keep marijuana, even for therapeutic purposes, and even in legal states could be kept from lawfully purchasing or possessing guns according to state gun laws.

It is incorrect to say that legal states “legislated that you lose your right to own a gun” if you purchase marijuana for its medicinal benefits or adult use. Rather, form 4473 of ATF prohibits authorized gun sellers to offer firearms to buyers who declare using marijuana.

There are 34 states and the District of Columbia that legalize marijuana use. This is good news for consumers but a dangerous example for trustworthy gun owners.

The ATF form 4473 has a provocative question, it mandates a possible gun owner to answer truthfully before the firearm is purchased or handed by the dealer.

Question 11.e. “11.e. Are you an unlawful user of, or addicted to, marijuana or any depressant, stimulant, narcotic drug, or any other controlled substance?”

Seemingly, it looks like a simple question but when you think about it the federal government still considers marijuana as an illegal drug, and ownership or use is a crime.

The federal government regulates drugs through the Controlled Substances Act (CSA) (21 U.S.C. § 811), which does not recognize the difference between medical and recreational use of cannabis. Under the CSA, cannabis is classified as a Schedule I drug, which means that the federal government views cannabis as highly addictive and having no medical value. 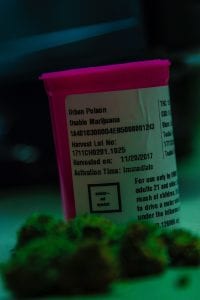 A “Yes” answer by a marijuana consumer will prompt rejection of the purchase and can cause a cancellation of the license. On the other hand, answering falsely is a felony and a violator can face possible jail time.

What if You Already Have a Gun

Your licensed gun isn’t legal if you are a marijuana consumer.

ATF specifies that a marijuana consumer cannot legally own a gun. The federal government states that a user of a controlled substance may not own a gun or ammunition.

In legal marijuana states, federal law for gun ownership applies. Some states contact medicinal marijuana patients to ask them to turn over their licensed firearms. Those who did not might wind up with grave weapon charges when the law catches them. You have to deal with the state for the drug offense while the gun charge is a federal one.

What Would Be the Future of Gun Ownership for Marijuana Users?

A new advisory by the Department of Justice requires gun dealers in Michigan to run federal background checks on all unlicensed gun buyers because existing policies enabled habitual marijuana users and other disqualified individuals to obtain firearms illegally.

ATF withdrew a 2006 provision that allowed Michigan gun dealers to accept a concealed pistol license (CPL) instead of a federal background check. ATF learned that CPLs are continuously issued to undeserving applicants with a conviction for a misdemeanor crime of domestic violence and to marijuana users. While marijuana consumption and possession is legal, the federal law considers marijuana as a controlled substance and prohibits consumers from possessing or transporting firearms.

Rep. Alex Mooney introduced The Second Amendment Protection Act would amend federal law to allow state-legal medical marijuana patients to own guns. The measure has not been scheduled for a vote in the committee.

It’s a no brainer if you have a medical condition, you need marijuana for treatment.

Otherwise, it’s your call to make a logical and legal decision for yourself and your values.